Subscription to course 1 on wakeboard

More than 50 million people around the world are fascinated by this activity. 30,000 wakeboarding events and competitions are held annually in Europe and America. Hundreds of participants and hundreds of thousands of fans gather for a common interest - to be involved in this activity.

In Ukraine, wakeboarding has gained such popularity recently, but from season to season it continues to be a favorite active holiday among Ukrainians.

In 2003, the first X-Traction kite-wake club was established in Ukraine by Zozulya Yuri, Anton Molodtsov and Vasyl Hryshko.

And in 2007 the Ukrainian Federation of Wakeboarding and Water Skiing was founded, which provided a tremendous impetus to the revival and spread of wakeboarding in Ukraine.

The federation was created to unite wakeboarding clubs, Ukrainian athletes, all wakeboarding fans, coaches and judges. UWF promotes the development, promotion and prestige of sports, as well as the direct development of clubs and athletes.

The main tasks of the Ukrainian Wakeboarding Federation are to hold status national and international competitions, and such is the representation of Ukraine in the international arena.

In addition, UWF protects the interests of athletes and creates conditions for improving skills and material growth, organizes the work of children's schools and sections.

In the mid-80's, Tony Finn from San Diego created "Scarfer", a short surf with belts - a prototype of wakeboarding. And Herb O'Brien has already developed an industrial pressed wakeboard. In 1962, the founder of the ski lifts was a German Bruno Ricksen (Munich). As early as 1989, Jimmy Redmon founded the World Wakeboarding Association (WWA), the world's leading wakeboarding organization, which develops wakeboarding, wakeboarding (rope and boat versions), and wakeboarding. The first competition was held in 1989 on the island of Kauai, Hawaii, on the Wailua River, and the first champion was Eric Peretz. The biggest jump in the popularity of wakeboarding was in the United States, especially in Florida.

The birth of wakeboarding in Ukraine

In 2003, the first X-Traction kite-wake club was established in Ukraine by Zozulya Yuri, Anton Molodtsov and Vasyl Hryshko.

Already in 2005 wakeboarding was included in the World Games.

In 2007, the Ukrainian Wakeboarding Federation (UWF) was founded.

History of wakeboarding development in Ukraine

After Ukraine gained independence, water skiing experienced a period of decline and oblivion in the 1990s, and the revival of the sport began in 2003, when a group of like-minded and wakeboarding enthusiasts founded the X-Traction Kite Wake Club. Since 2004, on the initiative of the club, wakeboarding competitions have been held regularly, in which Ukrainian, Russian, Belarusian athletes, riders from foreign countries have constantly participated.

On October 27, 2007, the founding conference established the Ukrainian Wakeboarding Federation (UWF). The conference was attended by 12 collective members, 24 individual participants.

In 2007, the first ring cableway in Ukraine was launched in Kyiv. Already in 2008, by order No. 4459 of November 10, 2008, wakeboarding was recognized as a sport by the Ministry of Family, Youth and Sports of Ukraine, thanks to the efforts of the UWF, and on August 17, 2009 at the board of the Ministry, UFV received the status of National. The stage of the World Cup according to the version of the International WWA Federation (rope version) was held. The championship of Ukraine, the championship of Kyiv and "UKRAINIAN OPEN 2007" in two versions (boat and rope) were also held. In 2009, the first Ukrainian-made cable car was launched and a crown park was built. The stage of the World Cup and the stage of the European Cup (rope version) were held. Cable cars began to be installed in the regions of Ukraine.

From 2004 to 2021, UFV held 110 competitions. Every year UWF holds regional championships, Kyiv championship, cups and Ukrainian championship. During this time, 44 cable cars were built in the capital and regions of Ukraine. UWF is preparing the X-park in Kyiv for the World Cup.

Areas of activity of the Federation

UWF is actively developing a network of wake parks in Ukraine, which gives the opportunity to select talented athletes from all regions and worthily represent our country at world championships.

Educates a healthy spirit and active life position among the people of Ukraine.

The availability of electric traction cable cars combined with its environmental friendliness have made wakeboarding a more popular event. Convenient location on the ponds in the parks and a thorough inspection of the waters of the Wake Park enhances the spectacle of competitions and performances of athletes. With all these benefits, wake parks are becoming more attractive for investment.

Functions of the Federation

The Federation performs important regulatory and organizational functions in the development and dissemination of wakeboarding in Ukraine:

The priority directions of development of the UWF federation until 2025 are:

Wakeboarding is a rope version. The athlete moves on the water with the help of a cable car, which is stretched over the water, equipped with a special system of automatic control and safety. Athletes perform on a special water board attached to the feet - wakeboards, tricks and acrobatic elements from flat water or using obstacles (springboards, rails, fan boxes) installed along the track.

Wakeboarding - cutter version (classic). The athlete is pulled by a special tugboat loaded with ballast and equipped with a special system of automatic constant speed control. Athlete on a wakeboard uses a double wake wave from the boat as a springboard to perform tricks.

The skating board has no fasteners, the athlete can perform tricks by rotating it under himself.

The athlete does not use a halyard with a handle, but slides and performs tricks on a board (wakesurf) on a surf wave created by asymmetrical loading of the boat with ballast.

For sponsors, patrons and investors

Represents Ukraine on the world stage.

Develops teaching methods for children, schools, skills. He is involved in charitable projects to promote wakeboarding and a healthy lifestyle among former drug addicts, people with disabilities, children deprived of parental care and the homeless.

We invite sponsors and patrons to take advantage of a unique opportunity to place ads on the locations of the federation, wake parks, cable car structures, boats, launch pads, springboards, grandstands and equipment of providers, Internet resources, social networks and video panels.

Manifestation of the brand against the background of positive, socially active youth is the most effective advertising and image solution. We offer attractive conditions for investors in the development of a network of wake parks.

Members of the Federation

Collective and individual members of the UWF receive all the status opportunities to promote wakeboarding. Members of the Federation fulfill all the requirements of the UWF in accordance with the membership agreement and receive the following privileges:

Starting from the wake season 2008, the Ukrainian Wakeboarding Federation is implementing a program to support athletes:

The Wake Evolution program is aimed at attracting everyone to wakeboarding, training beginners, stimulating and rapidly increasing the sportsmanship of riders, increasing their motivation. Wake Evolution provides a strong interaction between the federation, clubs, schools, coaches and athletes, which takes into account the interests of all participants.

Particular attention is paid to promoting the development of athletes and wakeboarding clubs in all regions of Ukraine.

President of the Ukrainian Federation of Veyka
Yuriy Zozulya

FunSport is a sport and all levels of ecstasy

The Federation of Strongmen of Ukraine 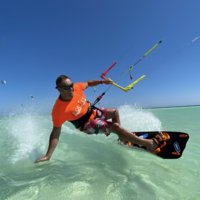 FunSport is a sport and all levels of ecstasy